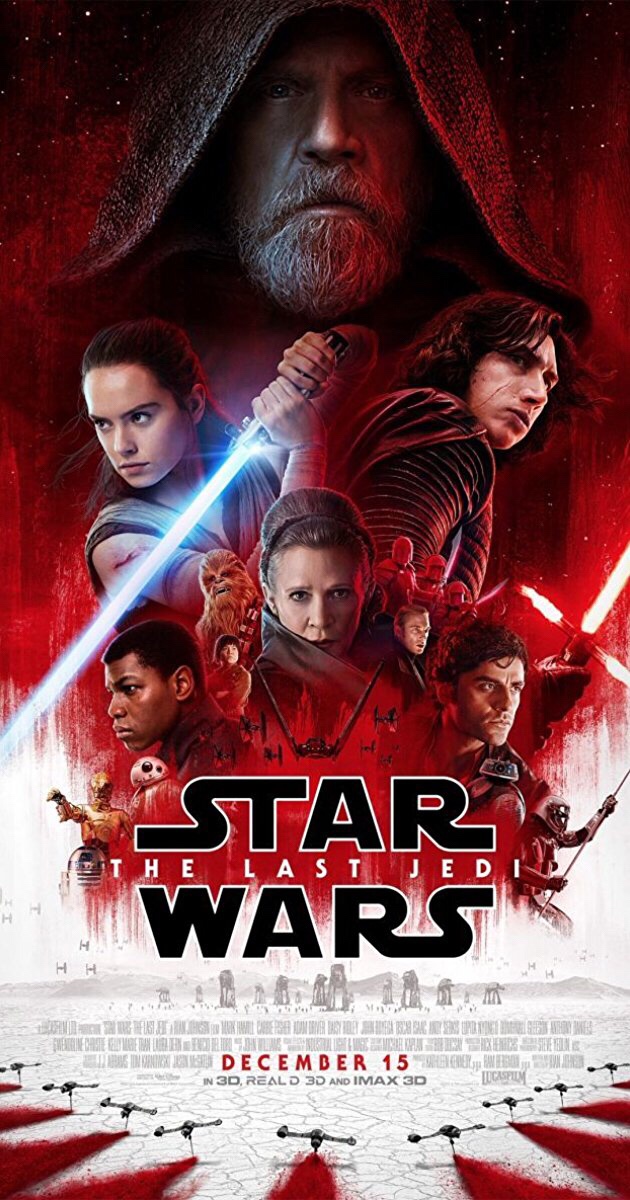 Before we begin, I’d like to issue a spoiler warning. I won’t be discussing some of the major spoilers of the The Last Jedi but if you haven’t seen the movie, then read on with caution. Released December 15, 2017, The Last Jedi is the ninth installment of the Star Wars franchise, (tenth if you count the animated Clone Wars film) and is a direct sequel to The Force Awakens.

The Last Jedi continues the story of heroine Rey as she trains in the ways of the Force and attempts to bring Luke Skywalker out of hiding and back to the Resistance. Led by General Leia Organa (played by Carrie Fisher in her last role before her 2016 death), the Resistance is in shambles following the destruction of the Galactic Senate, and the ragtag fleet of survivors are pursued relentlessly through the galaxy by the First Order.

The film was released to much critical and commercial success, grossing $870.3 million worldwide, with a Rotten Tomatoes score of 91%. Critics called the movie “breathtakingly beautiful and emotional” and cited the breakdown of old Star Wars mythology as a positive change in the franchise. However, the film has a received a negative fan reaction, with an 51% audience score on Rotten Tomatoes.

“This movie doesn’t build on The Force Awakens and instead tears that foundation down to create a new story in the middle of a trilogy. In my opinion, The Last Jedi is the worst non-prequel Star Wars movie,” writes Star Wars fan, Cody Webb. “While the acting was quite good, the script took the characters in directions that I didn’t agree with.” Webb says that The Last Jedi didn’t expand or continue to the story introduced in The Force Awakens, but instead focused on characters differently and ignored the buildup introduced in the previous movie.

“The last movie was focused on finding Luke, and Luke doesn’t care about anyone else anymore,” says Webb in regards to Luke Skywalker’s characterization.

Conversely, fan Katie Mueller thought the film was carefully planned out and appreciated the parallels to the original trilogy and the prequel films. “I don’t know why everyone hates it so much,” she says. “I was on the edge of my seat the whole time trying to figure out what was going to happen and being surprised.”

Corey Thomas, who considers himself more of a Star Trek fan, thinks that fans who are criticizing the movie are forgetting the Star Wars movies that came before it. “ I joke when talking to some of my friends that they are wearing retro goggles and miss remembering things… like how corny the original was, how bad the jokes are… the new one falls in line with the corny and bad jokes,” he says. Thomas has yet to understand some of the fan backlash the movie has received.

“Some people have seemed upset that it did not follow the laws of science well enough… it’s a Sci-Fi Fantasy movie…. seriously, laws of science?” he asks. “Oh and yes I said it, Star Wars is a fantasy, they are space wizards.” he adds. Thomas thinks that some fan criticism of The Last Jedi can partially be attributed to Disney’s decision upon acquiring the rights to Star Wars to dismiss the stories and characters introduced by the Star Wars expanded universe.

The expanded universe refers to books, comic books, video games and television series which serve to enhance and extend the storylines and characters introduced by George Lucas’s original trilogy. The Thrawn Trilogy, a series of novels set five years after the events of Return of the Jedi, is perhaps the most famous and fan-loved stories of extended universe and was credited revitalizing the Star Wars franchise. 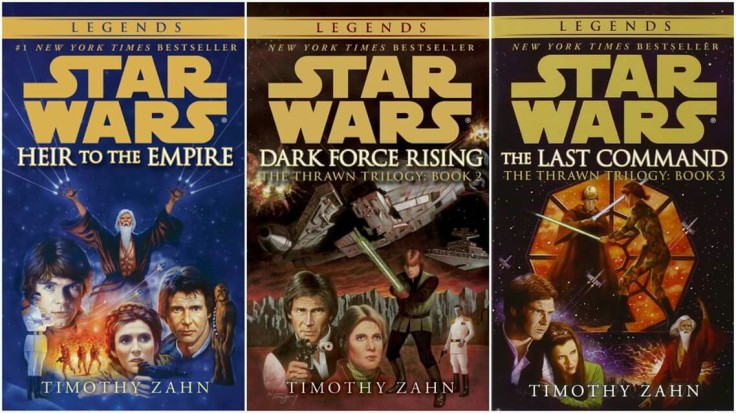 However, after they acquired the rights for Star Wars in 2012, The Walt Disney Company declared the expanded universe as non-cannon to the rest of the franchise. Thomas thinks that this decision alienated some fans of the expanded universe, like his wife. “My wife for example wishes some things happened differently due to her being the big Star Wars fan,” he says. “I realize she really loved those stories and that was Star Wars to her, so the drastic changes to that could be upsetting to those heavily invested.”

Fans remain torn over the story and characters introduced by The Last Jedi. Fans like Mueller enjoyed the story, pacing and strong female leads. “It was a little busy,” Mueller says. “But it tied together in the end.”

“I thought there were a lot of good aspects of the film, but the flaws in this movie were too big for me to overlook,” Webb says. “ Because of the way this movie handled its story, I’m honestly not sure what I’m supposed to look forward to in Episode IX.”